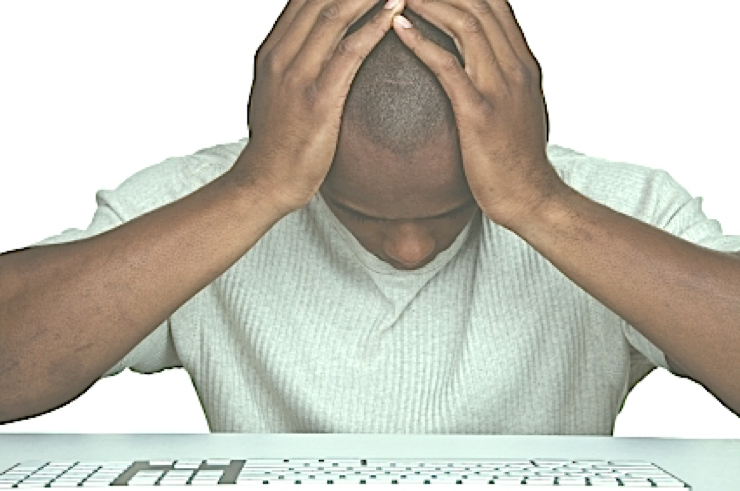 Perfectionism is a personality disposition characterized by exceptionally high standards for performance along with tendencies for over critical self-evaluations of one’s behavior. This framework makes it impossible for perfectionists to fully achieve their standards, thus, they are often dissatisfied with their achievements and, consequently, their lives. More recent research has shown that perfectionism isn’t nicely contained into a one-dimensional characteristic, but, instead, has two different dimensions – “perfectionist strivings” (PS+) and “perfectionistic concerns.” (PC-)

Characteristics of 2 different types of Perfectionism

The perfectionist strivings dimension consists of those facets of perfectionism that pertain to personal standards and a striving for perfection. This is related to positive characteristics, processes, and outcomes such as conscientiousness, endurance, positive affect, and academic performance. By comparison, the perfectionist concerns dimension includes those facets of perfectionism that pertain to fixation with mistakes, doubts about actions, and concern over others’ evaluation of one’s performance. This is related to negative characteristics, processes, and outcomes such as neuroticism, low self-esteem, negative affect, anxiety, depression, and suicidal ideation. People high in PS+ and people high in PC- may use different coping strategies, but it is significant to note that the two dimensions are usually significantly correlated – most people high in one dimension of perfectionism are also high in the other dimension.

In addition, studies on the connection between perfectionism and domains of life satisfaction found that those who were higher in the strivings dimension of perfectionism generally had higher satisfaction in one’s central areas of life – family, friends, school and living environment, whereas, those higher in the concerns dimension of perfectionism generally had lower satisfaction in these areas. Furthermore, those high in PC- seem to be negatively correlated with Grade Point Average (GPA) satisfaction, meaning that they are generally less satisfied with their achievements, regardless of how good or bad their achievements actually are.

One reason why those high in PC- are linked with lower satisfaction may be that they fail to use coping strategies that help them successfully handle life’s adversities, and instead use coping tactics that are actually more harmful than helpful. Taking all of this information into account, how can one cope with one or both dimensions of perfectionism to achieve higher satisfaction at the end of the day? Three coping strategies proved to be successful in a study of those high in both perfectionist dimensions, including: positive reframing, acceptance, and humor. Positive reframing was only studied with those high in PC-, but the more students in this dimension used positive reframing to deal with the day’s “worst” failure, the more satisfied they felt at the end of the day. Interestingly enough, the more they incorporated positive reframing as a coping skill, their degree of satisfaction reached the same level as those students who were low in PC-.

This new research is important because researchers in clinical psychology often hold to the view that perfectionism is characterized by a complete inability to experience satisfaction, but this research indicates that this classification is only valid for the concerns dimension of perfectionism, and not the strivings dimension. But, even more significant, this research validates that positive reframing can be used for students high in PC- who typically tend to be dissatisfied no matter what they achieve, helping them to actually experience high levels of satisfaction if they use it to deal with perceived failures. For example, a helpful recommendation would be to try to find positive aspects of the outcomes they regard as “failures,” and reframe the outcomes in a more positive way, by focusing on what has been achieved, rather on what was not.

In summary, it’s noteworthy to recognize that positive reframing, acceptance and humor are coping strategies that help people deal with personal failures, and the more students in the study used them, the better they felt at the end of the day. This proves that when dealing with personal failures, having coping strategies that help people better adjust to the existing realities have positive effects on people’s overall well-being, and help them achieve greater satisfaction despite their perfectionism.

When dealing with a younger child who is exhibiting signs of perfectionism, you can still incorporate some of the same coping strategies. Expose his worries by helping him talk about what is concerning him, and then help him face those triggers instead of avoiding them. Change his perspective from the way he understands his perfectionistic thinking, by helping him see that the extremely negative consequences he envisions are one possible outcome out of many. (This is similar to reframing). Look at the evidence with him regarding the real-life consequences of his anxiety-fueled predictions. For example, if he is convinced that if he pronounces something the wrong way, something terrible will happen, have him try that and see what happens as a way to challenge his perfectionist thinking. Help him view failure more broadly by focusing on mistakes as “opportunities to improve performance” or to even learn that a particular activity isn’t for him. Learning to see that troublesome assumptions may not come true is very valuable.

Be on the lookout for signs that your child is a perfectionist. If he continues to exhibit those behaviors as he gets older, it may be helpful to consult with a professional who is experienced with working with children/adolescents with anxiety and perfectionism.