Turnaround is on Sale! Buy Turnaround Digital Now and Save $30 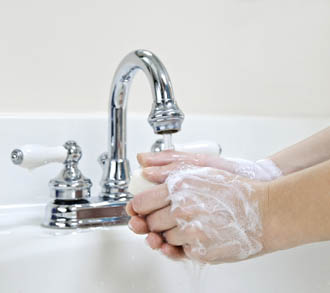 Obsessive Compulsive Disorder in children or OCD has two parts: 1) thoughts that won’t go away (obsessions) and 2) an urge to do something to fix it (compulsions). There are a lot a variations so it may be hard to recognize.

Obsessions are thoughts you don’t want and you can’t get to stop. They are very troubling because they feel like a threat to something vitally important to you. It has to be important or it wouldn’t evoke so much fear. The obsessions can go up and down in intensity but they always result in anxiety or distress. The thoughts are unwelcome and resist all attempts to stop them. Learn more >

Compulsions are the attempts to fix the problem that is being obsessed over. Some of the common actions are cleaning, washing, checking, repeating, putting things in order, etc. Sometimes it’s more mental like confessing, suppressing thoughts, redoing thoughts, avoiding thoughts, counting, etc. There is a powerful urge or force to do these things. They are always an attempt to fix the problem or the feeling of distress. You can tell if it is a compulsion because it will decrease the distress. Unfortunately, the effect is temporary because they aren’t effective in solving the problem. Learn more >

The type that is most common is a fear about contamination. It is also the most recognizable. The obsession is focused on something that can be transferred like a virus, dirtiness, bacteria or poison. The compulsions involve avoiding and decontaminating. Sometimes the contamination can be quite abstract. For example, the contamination might be moral so that hearing, thinking or seeing certain images or words causes the feeling of being contaminated. Or some undesirable trait will be “caught” from someone. Learn more >

Also common is checking. Often there is a fear of something bad happening so you would check on potential problems. For example, making sure doors are locked, lights are out, and water is off. Checking to see if you are sick, checking if someone is angry or if you did something wrong. Checking to make sure you didn’t harm someone by accident or through neglect. Learn more >

However, in my practice there are some surprising variations that parents are unaware of and seem strange to an observer. For example, kids might talk about something not “feeling right”. This is called “just right” OCD. Your child might not have an explanation for why it is distressing. An example might be that they don’t like certain things such as particular items of clothing or how the clothing feels or fits. They might seem disgusted at things that smell wrong or look wrong. It might show up as extreme perfectionism and they erase things a lot or have to do something until is “just right” or feels right. They can have funny rituals like how they walk or say things. They may insist on parents saying things in a certain way. They may have to repeat something until it is right. Learn more >

Some kids are afraid of doing something wrong so that they have extreme moral standards. This is called scrupulosity. They often confess “wrongs” they have done and seem to need reassurance that it is okay. One tell-tale sign of this disorder is asking for constant reassurance about something; maybe over and over or asked in different ways about the same things. They may have to perfectly tell the truth. Learn more >

One of the most complicated variations is when the obsession is mostly mental. This is often unexpressed except very indirectly. For younger kids they might be worried they are going to harm someone or that they have done something terrible.

They could be having violent thoughts, thoughts that might be too embarrassing or terrible to say out loud. These thoughts could be misinterpreted by whoever hears them as actually dangerous. The fear about these thoughts is missed and adults might think a child could act on them.

Another variation is religious. They might think they have sinned or done something that God would be angry about. They may need to “get saved” over and over. They may worry about the devil. As kids get older (nearing puberty) they might have troubling sexual thoughts. Learn more >

These are all very embarrassing and what is verbalized is indirect. People with OCD are afraid their thoughts might mean they are a bad person or that they could act on those thoughts.

If you are interested in a comprehensive summary of OCD that is based on careful research, I highly recommend this page. It is somewhere between a quick summary like this article and a professional length description.

Anxiety is so painful for a kid. When a child has an anxiety disorder it can be confusing and discouraging because it just keeps going no matter how hard you try to stop. For parents the frustration can become overwhelming. Kids may not have any idea why they are so anxious. However, the good news is that these disorders can be successfully treated. If you think your child has one of the disorders I have mentioned you should have your child evaluated and start treatment as soon as possible.