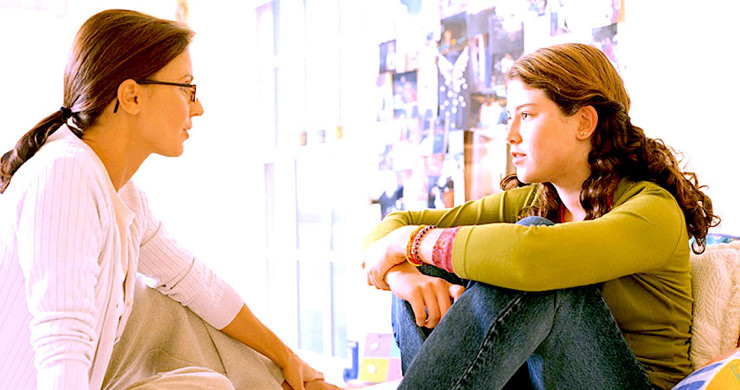 Kids with Obsessive-Compulsive Disorder (OCD) face intense worries and fears that are difficult to manage, and oftentimes accompanied by repetitive rituals that are tough to control. Unlike ordinary concerns or habits, these obsessions (thoughts) and compulsions (behaviors) may consume significant amounts of time, impair their daily functioning, and cause substantial distress. OCD affects approximately one to three percent of children and adolescents.

OCD and the Family

Symptoms of OCD at home can be more extensive than at school, causing a stressful environment for the whole family, where members, including the child, feel pretty helpless to change patterns of behavior. A journal study from Psychiatry Research recognized that families of individuals with OCD are engaging in too much accommodation – the term used to indicate family members assisting or participating in rituals, or respecting the rigid rules that OCD imposes on the child – and, thus, experiencing poorer treatment outcomes for both children and adolescents struggling with OCD. Accommodation also includes a modification of family members’ personal routines (work schedules, leisure activities, and family relations) to fit around the child’s symptoms. Additionally, the family members may be afraid of the child showing anger and abusive behavior if they do not accommodate her requests. This may also prove to be a significant source of disturbance for the family.

Some other common examples of accommodation include: parents not inviting people to their home due to their child’s contamination fears, excessive reassurance (continually answering questions like, “Is it OK if I go to the bathroom again?” Or, “Will I be OK if I do this, or don’t do that?”), and giving in to their child’s OCD-related demands. While these things may temporarily ease the child’s anxiety, they are contributing factors to prolonging her struggle with OCD.

Data from previous studies has shown that family accommodation and emotional burden were associated with each other, and also with the severity of the child’s obsessive-compulsive symptoms. In short, this means by permitting or participating in your child’s rituals or compulsions, you’re actually assisting her to continue them.

Author Janet Singer, a mother of a young adult son suffering from OCD, described her struggle with accommodation and the obstructive results it produced. “By accommodating Dan, I was inadvertently validating his irrational thoughts, lowering my expectations of him, and giving him no incentive whatsoever to fight his OCD.”

Singer says even when she and her husband recognized the harmful effects of accommodating their son, it was still hard to stop doing it. And that’s true. You will have to endure the stress your child feels in the short-term, watching her face her anxiety, which in the moment may be very taxing for the entire family. This is extremely hard for any parent to do, even when you know it’s in the “best interest” of your child.

It’s also hard to know what is truly an accommodation in any given situation for your child. It may be difficult to determine whether you’re accommodating your child’s OCD-related requests, or if you’re simply being helpful. Regardless, once your family starts to understand that accommodating continues to keep your child in the vicious cycle of OCD, you will become more mindful about stopping those counterproductive behaviors when you visit a professional counselor, and learn about Exposure Response Prevention Therapy (ERP Therapy).

ERP Therapy is a type of Cognitive-Behavioral Therapy (CBT) particularly effective for treating OCD. The Exposure in ERP refers to exposing the person to the thoughts, images, objects and situations that make her anxious and that might start her obsessions. The Response Prevention part of ERP, refers to making a choice not to do a compulsive behavior or engage in “safety behaviors” once the anxiety or obsessions have been “triggered.” All of this is done under the guidance of a therapist at the beginning — though the person will eventually learn to do her own ERP exercises to help manage her symptoms.

The goal of the exposure is to facilitate extinction, which is a decrease in the conditioned anxiety/fear response associated with the feared stimulus. During the exposure, a person must confront the fear-producing stimulus, typically bringing about an observable response, ranging from mild-apprehension to intense fear, based on the person’s exaggerated expectation of danger. But, over time, this anxious or frightening response usually declines naturally, even in the presence of the feared stimulus. This process is known as habituation.

Safety behaviors, forms of active and passive avoidance performed to reduce fears of negative consequences and bring about a sense of security, often reduce anxiety in the short term, but have the long-term effect of preventing the natural extinction of classically conditioned fear. They are negatively reinforced by the reduction of anxiety, thus becoming habitual. In other words, they work, but only temporarily. They essentially maintain the problem by enabling early escape from anxiety before it naturally stops, and preventing the person from being able to refute the misperceptions of threat she experiences.

A tangible example of ERP Therapy in action would involve someone with OCD who has issues with germs. She might be asked to touch a toilet seat and then refrain from washing her hands or any other safety behaviors. Excessive hand washing, or confessing the thoughts of contamination to someone else, might have been several safety behaviors she previously used to momentarily alleviate her anxiety from being exposed to restroom germs.

It’s hard to see your child in an anxious state, but there is a fine line between helping her with her anxiety and enabling her to continue to participate in safety behaviors that may become additional habits, never truly getting to the root of the core fear, and, therefore, never accurately battling her OCD.

The goal is to get your family involved with preventing the accommodation, armed with the knowledge that you are acting in the best interest of your child by doing so. The outcome can provide dramatic improvements for your child.