Effective ways to treat anxiety have significantly improved over the last 40 years of research and clinical practice. Nevertheless, in our personal and clinical experience we grew increasingly frustrated that this life changing research and practice was not presented effectively for children in a way that was easily accessible.

There are many skillful clinicians who adapt effective anxiety treatment for children. There were a handful of very good books back when we started on Turnaround. What was missing was a comprehensive presentation of the “how-to” information in a format that was child-friendly and easily available to families. This is when we decided we needed create the program that became Turnaround.

There are a number of fundamental principles of communication that apply to children that we incorporated into the Turnaround Anxiety Program. We knew that modern media is a prime storyteller in the lives of our kids. We knew that we had to compete with the vast resources our kids enjoy. We also knew it had to be broadly accessible and user-friendly.

In order to carry this out we assembled a very talented group of professionals. We hired an art director with a portfolio that includes work for Disney and Warner Bros. He led us to a nationally recognized illustrator who drew the characters we had in our imagination. We spent hours and days 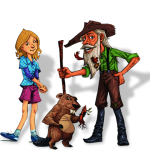 in a high-end audio production studio and had original music done by an award-winning composer. We were honored to have local actors and a director that gave unbelievable performances.

Communication 101 is about establishing rapport. In the words of Dr. Sears, “Connect before you direct.” When kids are anxious it is even more important. We wanted kids to be pleasantly surprised by Turnaround. Instead of expecting a difficult treatment program they are immediately pulled into a story with kids just like themselves. The adults in the story are presented in a likable and playful fashion. Rather than lectures there is an invitation to come along on a camping adventure.

Most parents read or tell stories to their children. This is a cherished ritual in many families. The first thing a listening child will notice about Turnaround is that it is an adventure story. It opens with the narrating character, Emily, reminiscing about her journey the year before. To a listener’s surprise it will soon become clear that the entire treatment program is cleverly knit into the story.

It is well-known that the attention span of children is limited. Anything directed to children must be brief and varied. No long lectures, no monologues. We wrote Turnaround so that almost no one speaks longer than 30 seconds with few exceptions. The story moves from dialogue to vignettes to 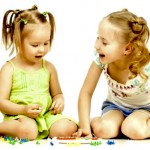 playful banter. There are sound effects and music throughout. We keep it moving but not too fast.

Psychological language is complicated. In order to communicate successfully to children the language must be simple and age-appropriate. We developed a complete vocabulary just for kids. For example, instead of using the term “cognitive distortions” we say “whacky thoughts”. Instead of trying to describe the actions of the sympathetic nervous system we personified this part of the body as a character 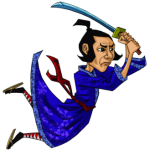 Child friendly material needs to be fun. We sprinkled the program with funny characters, laughter, jokes and playful dialogue. This is particularly helpful with such a serious subject like anxiety. We wanted to strike a balance between pretend and realism that is developmentally appropriate for this age group.

We know that children in grade school need to not just listen but act on what they are learning so we developed a journal that is full of puzzles, projects and drawing to act as a companion guide to the audio treatment. You can look inside the journal here. By the way, we called it a journal and not a 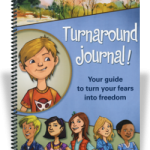 workbook to fit with the adventure framework.

Children learn by modeling others. This is particularly so when watching and learning from their peers. Nearly all the characters are peers. There are two main adults and a few other older characters but everyone else is a kid. (Well, except for the talking beaver.) There are six main child characters that struggle with common kinds of anxiety. In addition there are dozens of other characters in the various vignettes with whom your child will identify.

Your child will listen while the various characters learn to master fear and deal with difficult issues in healthy ways. Because most kids don’t disclose their anxiety to other kids, where in day-to-day life are they going to learn how to model healthy behavior? Turnaround gives your child the examples they need. That alone is worth having your child listen to the program.

We originally considered making the program a cartoon. The cost made that unattainable at the time but it turns out we think an audio program was the best option. We know some kids may have trouble focusing on an audio program. However, the research is clear that talking decreases when the television is on. The audio allows each child’s imagination to fill in the blanks in ways that are individually important.

This is certainly not a complete description of everything that would make a program child-appropriate nor everything we included in Turnaround. However, we hope this will give you some idea of the professional quality and psychological substance we incorporated.