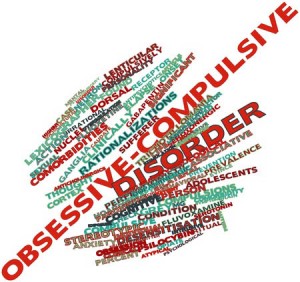 Obsessive Compulsive Disorder (OCD) is sometimes difficult to diagnose in children, who often develop general fears and anxieties as they grow and are exposed to new concepts and ideas. Anyone who has played with a preschooler knows, for example, that blocks must be organized in a certain way this week or that the crayons must be used in a certain order the next. When, then, does developmentally appropriate learning cross over into anxiety and OCD?

Obsessive Compulsive Disorder (OCD) is a type of anxiety disorder in which preoccupations with order, cleanliness, or preventing harm (among other anxieties) manifests itself in the need to perform rituals or compulsions to soothe the anxiety. For example, your child may need to turn the knob three times before opening a door to make sure there is nothing unpleasant waiting on the other side.

Knowing the obsessions and associated compulsions can help you determine if your child is suffering from Obsessive Compulsive Disorder.

Fear of dirt or germs
Fear of being embarrassed
Fear of thinking bad/evil/sinful thoughts
Fear of causing harm
Excessive doubt
Need for order, symmetry, or exactness

Repeated checking of objects (locks locked or stove off)
Constant counting while performing tasks
Needing to perform a task a certain number of times
Refusing to shake hands or touch door knobs
Repeated bathing, showering, or hand washing
Always arranging things in a certain way
Eating foods in a specific order
Being stuck on a certain word, image, or thought
Collecting or hoarding items with no apparent value