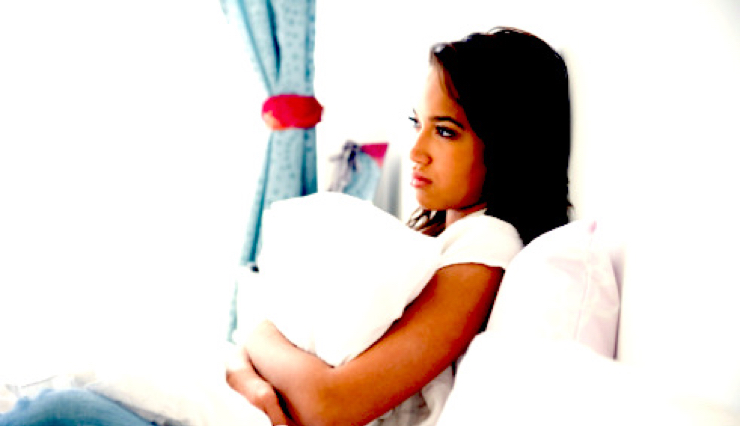 Research indicates that the rates of anxiety and depression among teens in America have been rising over the past fifty to seventy years. In fact, some assessments reveal a startling five to eight times as many high school and college students who meet the criteria for major depression and/or an anxiety disorder diagnosis, as was met half a century ago.

A 2009 study that used self-reports from commonly used psychological surveys, including the Minnesota Multiphasic Personality Inventory (MMPI), discovered that more and more students are reporting symptoms of mental illness. Eighty-five percent of college students today fall above the mental illness (mental illness is used here to represent anxiety and/or depression) “score” of students in the 1930s and 1940s.

Moreover, a 2014 review of 19 studies from 12 countries across Europe, China, the United States and Australia, published in the Australian and New Zealand Journal of Psychiatry, found that in the majority of countries, teenage boys and girls are experiencing more depression and anxiety than they were a decade ago, and the girls “have almost double the anxieties and worries” as boys.

The stark reality is that today’s students report feeling significantly more isolated, misconstrued, and emotionally fragile or unstable than in decades past. Teens are also more likely to be self-absorbed, have low self-control, and express feelings of concern, sadness, and dissatisfaction with life.

So why do teens these days experience more psychological issues than in generations past? It seems counterintuitive given that we usually think of history as progress. But, this isn’t necessarily the case if progress is measured by the mental health of American young people. The increased psychopathology does not correlate with economic cycles, wars, or any of the other kinds of world events that could possibly impact young people’s mental health. Indeed, rates of anxiety and depression among young people were far lower during the Great Depression, during World War II, during the Cold War, and during the tumultuous 1960s and early 1970s than they are today. This means that the rise in anxiety and other mental health issues must relate to the way young people view the world, instead of the world as it actually is.

One theme of anxiety and depression is that people are affected by a profound sense of control or lack of control over their own lives. Even though we have experienced great advancement over diseases, social injustices and a significant increase in personal wealth and accumulation, data points to the fact that today’s young people feel like they have little control over their own fate than those of past decades.

Psychologist Julian Rotter developed a standard measure of sense of control in the 1950s with the Internal-External Locus of Control Scale. The questionnaire consists of 23 pairs of statements – one statement represents a belief of an Internal locus of control (control by the person), and the other represents belief in an External locus of control (control by circumstances outside the person). This questionnaire has been used over the years in various studies to determine that people who score toward the Internal end on the scale are less likely to become anxious or depressed. Yet, there has been a dramatic change with young people over the years from 1960 through 2002. Over this time period, researchers found that children aged nine to 14, as well as college students, moved away from the Internal end of the scale and towards the External end of the scale. The swing was so dramatic that the average young person in 2002 was more External-oriented than were 80% of young people in the 1960s.

Jean Twenge, a psychologist at San Diego State University, suggests that a shift towards Extrinsic goals (those having to do with material rewards or other people’s judgments) from more Intrinsic goals (those having to do with one’s own development and finding meaning) could also be related to feeling out of control or loss of control. And, generally, could also mean that a change from more Intrinsic goals to Extrinsic goals correlates to a shift towards a culture consumed with materialism, which seeps through television and other media platforms, particularly those young people use on a regular basis. If the importance of money, possessions, and status is elevated over the importance of family and personal relationships, it makes sense that materialism could be affecting the rate of anxiety and depression among young people. The more stressors society piles onto young people, those who are predisposed to feel stress more intensely will have difficulty handling it.

Who do young people look to for healthy role models? It seems that as a culture we have gravitated towards being more influenced by External goals and this might have impacted the type of children we raise. If our leaning is to value work, material gains, and success instead of relationships, meaning and community, our children will be affected.

What can we do to intervene and help take a more vested role in our children’s mental health? As parents, you play a

vital position in the wellbeing of your child. If you feel like your child is experiencing an increase of anxious behaviors, take note. Take the time to talk to your child about what he is feeling. That requires you to be present and available, not just physically, but emotionally. You may need to open up about your own worries and fears when you were the same age, or ask specific, more direct questions to initiate the conversation. Support and validate your child and remain calm during these discussions.

Teach your child about how to manage his anxiety. If he’s already been given a specific mental health diagnosis, talk him through it, providing all the facts and information as clearly as possible. Discuss what anxiety looks like in different scenarios so he can familiarize himself with common situations he may experience at some point. This may help to alleviate your child’s sense of feeling out of control in life. You can use your own past experiences, or draw from movie or book characters to help your child understand anxiety on a personal level. Talk to your child about how to recognize when he is feeling anxiety, and consider the ways it presents through physical feelings, thoughts and actions.

With evidence suggesting that young people feel more out of control than ever before, perhaps the best thing you could do for your child is to spend time with him, teaching him tools he could use to think of himself as empowered instead of hopeless. In a culture that has shifted its emphasis away from meaning and relationships, maybe the benefits of time and communication would be able to have a lasting impact not just with your child, but also with future generations to come.

Gray, P. (2010). “The Decline of Play and Rise in Children’s Mental Disorders: Children are more anxious and depressed than ever before. Why?” Psychology Today. Retrieved on August 6, 2015 from www.psychologytoday.com

Hutchison, C. (2009). “Today’s Teens More Anxious, Depressed and Paranoid than Ever: Consumer culture may be to blame, researchers say.” ABC News. Retrieved on August 6, 2015 from www.abcnews.go.com

“Talking to Your Child or Teen about Anxiety.” Anxiety BC. Retrieved on August 16, 2015 from www.anxietybc.com