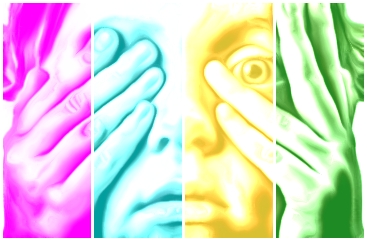 Children today experience a lot of pressures in an increasingly intensifying society. Unlike many adults, who are able to verbalize and express their anxiety clearly, most children do not. For various reasons, it is difficult to tell if your child has an anxiety disorder. Perhaps they don’t even know how to qualify what emotions they are experiencing to know what is “normal” worry, and what is not.  Or maybe they even conceal their anxiety because they don’t know how to begin to explain what they are feeling, particularly, if they live in an environment where their own parents exhibit anxious behaviors.

Anxiety disorders are the most common mental health problem in children; therefore, early indicators of anxiety are particularly worthy of attention. Furthermore, since research has demonstrated anxiety worsens with time, and also increases the risk for medical illnesses, impaired well being, and other psychiatric disorders, being on the lookout for the following signs and signals as markers of anxiety might prove to be beneficial for a child who is unable to articulate his anxiety and may need an intervention.

Some signs and symptoms of anxiety

(by no means complete or exclusive list of markers of anxiety)

Behaviors that are described as “not acting his age,” or “not like himself,” such as sudden, unexpected resistance from an otherwise compliant child. Other uncharacteristic behaviors may include sudden rigidity, stubbornness or unusual cautiousness and hesitation.

Asking, “But what if?” more than the average child, on topics ranging from the mundane to more complex, including friends, grades, schedules, routines, family safety, etc. This can include pessimism and negative thinking patterns, such as imagining the worst possible outcomes. Along these lines is also constant worry about things that might happen or have happened and over-exaggerating the negatives with absolute statements, for example, “this negative thing ALWAYS happens to me.”

Sudden, strong avoidance and reluctance in situations that were formerly not an issue. This can also include fears of contamination, death or harm that may cause children to avoid any potential triggers of these fears. This can consist of refusing to do things or go places.

Incessant need for reassurance and also when reassurance given doesn’t seem like enough, as well as asking for repeated explanations about things.

Nausea, vomiting, feeling on edge, fatigue, or many aches and pains for which no medical cause can be found.

Insomnia, difficulty falling or staying asleep, nightmares and frequent awakenings, followed by exhaustion and drowsiness during the day. This also could be the result of staying up late, consumed by rituals, worries, etc.

Decline in attention, concentration and organization:

High and unachievable standards set by the child regarding schoolwork, behaviors, and/or social interactions. This can look like tearing up a drawing to re-do it over and over again with the inability to accept parents’ or teachers’ satisfaction with the quality of work or performance. The inability to complete tasks that the child is clearly capable of completing due to perfectionism or another related reason is also linked to this symptom of anxiety.

Reluctance or refusal to go to school

Reluctance or refusal to attend school due to avoidance of anxiety triggers, inability to cope with expectations, or demands of schoolwork/activities. This category can also include a withdrawal from other activities unrelated to school, including family interactions.

Unusual crying, clinging to parent, separation anxiety or fear of being alone (in situations that most children of that age do not mind), restlessness, agitation, anger, aggression, irritability, sporadic “meltdowns,” unhappiness, poor self-esteem, depression or withdrawal. Studies have indicated that anxious children demonstrated a greater intensity and frequency of negative emotional responses, including a heightened negative emotional experience (centered on themes of threat) and a relative inability to effectively decrease this emotion, despite a recognition that the emotion is excessive.

The child appears to be immune and/or resistant to common sense. Logic, reassurance, explanations, and distraction do not appease the child’s anxiety.

Anxiety disorders in childhood are associated with significant impairments in social and academic functioning, and usually cause substantial distress for both the child and their families. If you’re a parent reading through this symptom list, wondering what to do now that you’ve discovered your child exhibits several of the signs of anxiety, don’t feel bad about not having noticed these signs earlier. Make an appointment to see a therapist or psychologist to get the help you need to be able to adequately address your child’s anxiety. Your intervention may help address and properly handle the issues your child is facing with a very positive benefit for him or her.

Carthy, T., Horesh, N., Apter, A., and Gross, J, (2010). “Patterns of Emotional Reactivity and Regulation in Children with Anxiety Disorders.” Journal of Psychopathology and Behavioral Assessment, 32 (1), 33-36.