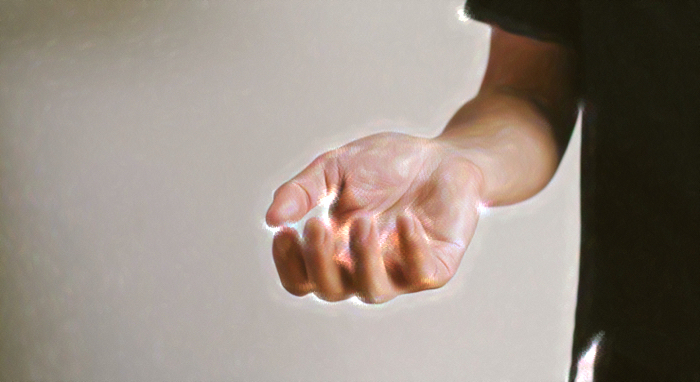 Skin Picking (Excoriation) Disorder (SPD), otherwise known medically as dermatillomania, can often be a serious problem. But, interestingly enough, there’s not much awareness about the condition, and those who suffer from it often feel ashamed or embarrassed to bring it up.

Those dealing with dermatillomania or SPD can be dealing with symptoms that include repetitive touching, rubbing, scratching, picking at, and digging into their skin. While some people do this to remove irregularities or perceived imperfections on their skin, others do it obsessively for a myriad of other reasons. Sometimes the behaviors linked with dermatillomania result in the discoloration of skin and possibly eventual scarring, or even severe tissue damage in the most serious of cases.

Most people pick their skin to some degree. It can be considered “normal” or “common” to occasionally pick at one’s cuticles, acne, scabs, calluses or other skin irregularities. It’s also not unusual for skin picking to become a considerable problem, whether it’s only temporary or becomes chronic. Studies show that 2-5% of people in the U.S. pick their skin to the point that it causes significant tissue damage and impaired daily functioning.

Dermatillomania is classified as a Body-Focused Repetitive Behavior (BFRB). These types of disorders are such that the person’s behavior has the potential to harm or damage their body and physical appearance. This is very similar to hair pulling disorder, otherwise known as trichotillomania. BFRBs occur for a variety of different reasons. They’re correlated with feelings of anxiety, fear, excitement and even boredom. Some people find that picking their skin frequently is pleasurable. Some pick their skin for numerous hours in a day. When dermatillomania is this frequent, it greatly impacts the person’s work life and impairs their social and family relationships. It can really develop at any age, but how it progresses truly depends on a variety of factors, including the stress in one’s life and whether the person seeks treatment.

Range of the Problem and Examples

Francisco Tausk, M.D., professor of dermatology and psychiatry at the University of Rochester, NY, says that there are degrees of skin picking, spanning from normal to psychotic behavior. A teen who picks acne bumps might be regarded as normal, but patients who maim their appearance by skin picking and develop significant hyperpigmentation and scarring are not behaving normally. He has seen patients who have spent up to six hours a day in front of the mirror using their fingers or a number of instruments, such as tweezers, to pick at their skin.

But, some children and teenagers affected by the disorder do it unconsciously. Dr. Tausk has seen some patients at the far end of the spectrum that have no awareness they’re picking their skin. In fact, they would deny doing so adamantly.

For most children, the face is the most common target of skin picking, but other body parts affected may be their limbs, back, gums, lips, scalp, shoulders, stomach, chest, fingernails and toenails. A child may pick at one part of the body repeatedly, or alternate to allow the previously picked part to heal for a time.

Some symptoms to be on the lookout for include: marks or scabs on the face or body, blemishes, scabs, infection and tissue damage, attempts to hide or cover up both the act of picking and the marks or scabs that result from picking, guilt, shame, embarrassment, significant distress or impairment in functioning.

Skin picking can begin in a number of different ways, but two specific ones are the most common. A person may experience an injury to or disease of the skin, which causes a wound and then a scab. This may lead the person to pick at the scab because it’s started to itch, which results in further trauma to the wound and the skin never heals. This causes a cycle of repeated itching and scabbing, which is relieved with more picking. In other cases, people with SPD report that picking began during, or very soon after, a very stressful event in their lives. The person learns that the picking can work to manage his feelings and emotions and he uses that behavior again for future stressors.

Treatment for SPD usually involves psychotherapy and may include medication, if necessary. An excellent site for both education and resources for treatment is the TLC Foundation for BFRBs site. Cognitive Behavioral Therapy (CBT) can help children become more aware of their skin picking and begin to recognize the emotions and stressors that are likely to trigger it. The expert guidelines for treating all body focused repetitive behaviors can be found here. Although there is not a magic pill for the treatment of SPD, most people will benefit from alone or combinations of CBT, habit reversal training, acceptance and commitment therapy, dialectical behavior therapy, mindfulness and drug therapies. Over time, with professional help that may include the combination of treatment and possible medication, there is great promise in treating SPD.

“About Skin Picking (Excoriation) Disorder.” Trichotillomania Learning Center. Retrieved on May 31, 2016 from www.trich.org.

“Everything You Need to Know about Dermatillomania.” Skin Pick. Retrieved on May 31, 2016 from www.skinpick.com.

“Quick Facts on Excoriation.” Child Mind Institute. Retrieved on May 31, 2016 from www.childmind.org.