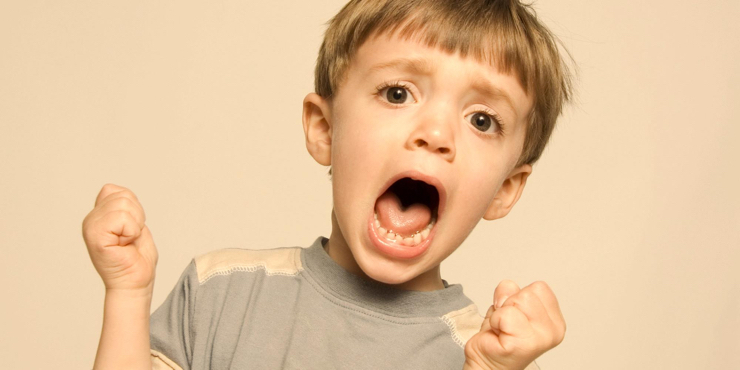 Anxiety in children can manifest itself in a variety of ways because it’s based on how each child encounters her own personal fears or stressful triggers. While some children may become extremely quiet and withdrawn, others may have tantrums or meltdowns when they encounter anxiety-provoking situations. Tantrums are abrupt, intense and often unpredictable episodes of panic, distress, frustration, anger or aggression that occur when a child is caught off guard, feels trapped, or sees no way out of a difficult situation. This particular behavior, which can be quite difficult, unmanageable, and even long-lasting, can sometimes be misread as anger or opposition, when, in fact, it is anxiety.

Since tantrums aren’t a very clear or direct way for a child to communicate, (even though they are attention-getting), parents generally have no clue as to what is causing their child to act in such a way.  Parents usually react to a tantrum in one of three ways: They either attempt to talk down the child in the midst of the meltdown, become rigid and punish the “outburst,” or become so angry that they have a meltdown of their own. Sometimes, they react in all three ways in succession. None of these reactions, however, will seem to stop a meltdown.

Trying to talk a child down from a tantrum doesn’t work because the child who is very stimulated and distraught is not able to think rationally due to the fact that her energy is completely entrenched in trying to handle whatever is causing the over-arousal. Trying to reason with her will actually have the adverse effect of what is desired, because it creates over-stimulation for her when she’s already unable to cope with the level of stimulation she’s feeling.

Doling out punishment to an anxious child doesn’t really get anything accomplished either because it doesn’t teach her how to better handle situations that are overwhelming for her. It might even alienate her even further.

Research has shown that a child who reacts with tantrums is doing so as a reaction to a situation that she can’t handle or communicate about in a more grown-up way, by talking about how she feels, for example, or by making a case for what she wants, or simply by doing what she’s being asked to do. Instead of these more grown up reactions, she is overwhelmed by anxiety or by emotion, so she is trying to get the attention of her parent in a dramatic way in order to get what she wants (or to get her out of what she’s trying to avoid). Given this information, we can gather that a child’s tantrums are not consciously willful or even intended, but are a learned response to a stressful trigger or situation. Therefore, the goal with a child who’s experiencing tantrums is to help her unlearn this behavioral response and help give her tools to be able to handle the situation in a more mature way.

Here are some tips for how to better handle your child’s tantrum or meltdown:

Try to find the underlying cause or root issue behind the tantrum.

The tantrum may be stemming from anxiety, but it also may be coming from a specific circumstance, such as not getting a particular toy. Investigate what exactly is going on. For example, it may be the method your anxious child is using to try and communicate her feelings about a certain situation or something she feels nervous or scared about.

Anticipate potential triggers and attempt to diffuse them.

Once you’ve identified some triggers for your child’s tantrums, do your best to diffuse potential misbehavior by looking for the early signs that usually precede the meltdown. When early cues are clear and present, you can ask your child if she is okay or if there is something bothering her that she would like to talk about or needs help with.  Sometimes, offering choices in a specific circumstance helps the child feel more of a sense of control over the situation and calms her down. Also, giving the option of expressing her feelings using her words or misbehaving with a consequence will help the child leave the stressful situation and vent her feelings in a safe place.

Teach your child how to self-soothe.

Anxious children usually depend on adults to help them calm down when they are overwhelmed or distressed. Teaching your child how to self-soothe shifts this responsibility back to the child and teaches her more self-reliance. Teach your child how to remove herself from the over-stimulation and find a safe place away from the stressful situation. Taking time out of the situation allows the intensity of the child’s emotion to lessen in a safe place. Make sure to encourage deep breathing, or other calming activities such as music or the Turnaround Anxiety “Chill” CD, to help calm the child down in the moment. Over time, the child is encouraged to initiate taking this time out on her own, eventually taking control over the escalation of her emotions and recognizing her own triggers before they turn into a crisis situation.

Recognize when you need to walk away.

If your child doesn’t move into her self-soothing mode, you may need to be cognizant of the “point of no return” at which you need to disengage from interaction with your upset child. We have already discussed how trying to reason with an overly stimulated child in a meltdown state will not do any good. Thus, exiting the situation may be better, saying something like,” We can talk when you are able to calm down.” Or taking a “temperature gauge” of the situation, from one to 10, with anything at a level seven or eight being pretty appropriate for disengagement.

Recognize when you need to reengage.

When your child’s emotions are more stabilized, it is crucial that you step back in and reengage the child in order to review the triggering situation. Both you and your child need to understand and also identify the triggers of the situation and the emotions that occur as a result. You can validate your child’s feelings, but also help her understand why the behavior was not acceptable. Through this process, you can help your child learn that feelings can’t always be held back, but actions can be controlled. Regardless of the trigger that caused the behavior, the child must learn to channel her emotions in a healthier way. You can help your child review what could have been done differently and evaluate other possible solutions. Help her be accountable for her actions and make amends, if an apology for her behavior or other restitution is needed.

As frustrating as it may be to deal with your child’s disruptive behavior, have patience with your child. You can help teach her to be able to react to her anxiety by learning how to effectively articulate how she is feeling. Your reaction and own personal behavior is one of the most powerful tools for helping her better deal with her anxiety triggers and reactions.

“Handling Tantrums and Meltdowns: What’s a parent to do?” Child Mind Institute. Retrieved on January 22, 2014, from http://www.childmind.org/en/posts/articles/2013-11-19-tantrums-meltdowns-parent-do

“Why do kids have tantrums and meltdowns?” Child Mind Institute. Retrieved on January 22, 2014, from http://www.childmind.org/en/posts/articles/2013-10-29-why-do-kids-have-tantrums-and-meltdowns