The answer is complicated because it can vary from child-to-child. But for everyone there are some common denominators. First, there is evidence that some children may inherit a biological “vulnerability” to be more anxiety prone. The ability to react to danger is essential to everyone but some people have a lower tolerance and react sooner than other others. Second, others have beliefs or assumptions so that they interpret physical symptoms such as a racing heart as more dangerous than necessary and such 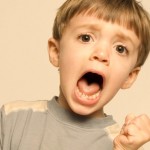 symptoms combined with their beliefs escalate to high anxiety. Third, these factors can combine with circumstances and lead to a sort of “perfect storm” that can set the process in motion. Fourth, once started the attempted solutions can inadvertently reinforce the belief that something is dangerous and the behavior of avoidance can become part of the ongoing cycle. The fundamental point is that panic disorder is made of several different factors as well as a sequence of events. No one choses this disorder but if it develops then understanding and approaching it in a certain way is how it is managed and overcome.

What is frustrating for anyone with this disorder is the sense of the loss of control. Technically, that isn’t right but it feels that way. What can be helpful to know is that the intense reaction is part of the 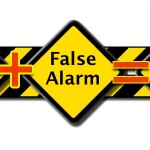 normal fight or flight response. Although it feels terrible, the body is doing exactly what it is supposed to do. It is just at the wrong time.

They Symptoms for a panic attack are very intense and if you have ever had one or seen anyone go through one you know they are also overwhelming. Learn about Panic Attack Symptoms.

Parents’ Anxiety: How to avoid transferring it to your kids